My name is Florian Ledoux. I am a wildlife award-winning photographer, based in Tromsø and working at the polar regions. I work with international magazines such as National Geographic, Le Figaro, The Time US, BBC Seven Worlds One Planet, and Netflix Our Planet. My work has been exhibited worldwide in places such as The Smithsonian Natural History Museum of Washington, The Californian Academy of Science, The Red Dot Museum, and during film festivals such as the Ocean Film Festival world tour and the Wildlife Conservation Film Festival. Not only am I an image-maker but also an enthusiast, an outdoor/mountain person, an explorer, and a conservationist. 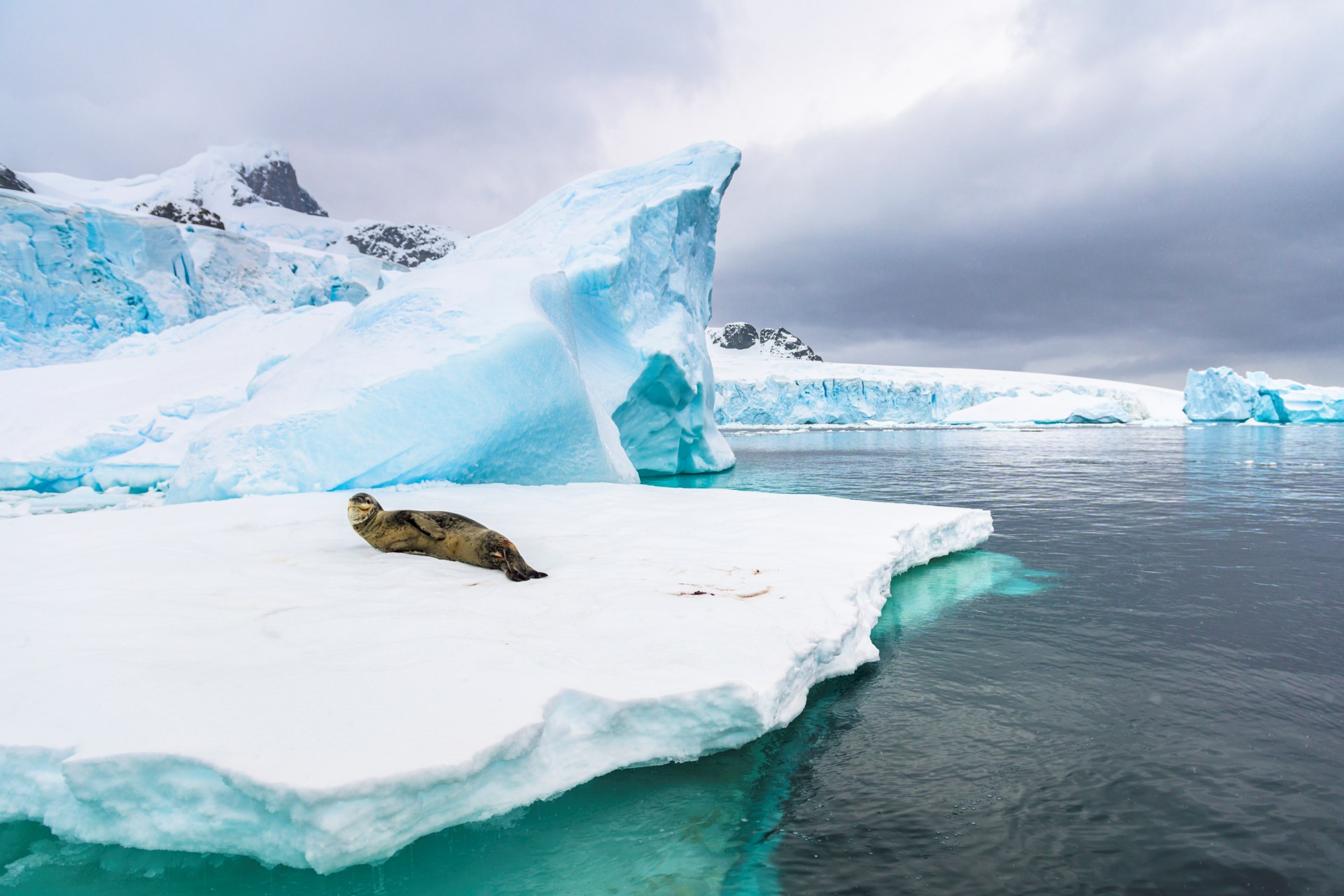 The Arctic and Antarctica are both facing a range of quick changes. These regions are a challenging place to live, but the few animals who have made it their home have adapted to face the extreme temperatures with high winds during the rough winters. My exhibition “A Fragile World” reveals and celebrates the beauty of the incredible wildlife at the edge of the ice – powerful, yet fragile.

Also, my commitment to bringing new and meaningful images has been recognized by wildlife conservation organizations such as IUCN, The Arctic Council, Arctic Arts Project, and The Nature Conservancy. How nature inspires my work

Our mother nature is the place where I feel inspired. When I wake up at home in Northern Norway, with a view over the beautiful fjord and the mountains during my breakfast, and when I go up and climb a mountain top later during the day – that’s what makes me inspired.

When I find myself in the remote Arctic, co-existing in harmony with the wildlife that calls it their home, I know that this is where everything makes total sense. I know it because I feel it deep within myself. It is a deep vibe that consumes my body and soul in its entirety. At this moment, the urge to create an image that I will remember for the rest of my life, with a strong message to protect nature, comes naturally to me.

I just use my heart and creativity to compose the picture, but nature does all the work. I think that the connection to nature I mentioned is what most people are missing, and a big reason why we have not solved the big environmental issues we are now facing. 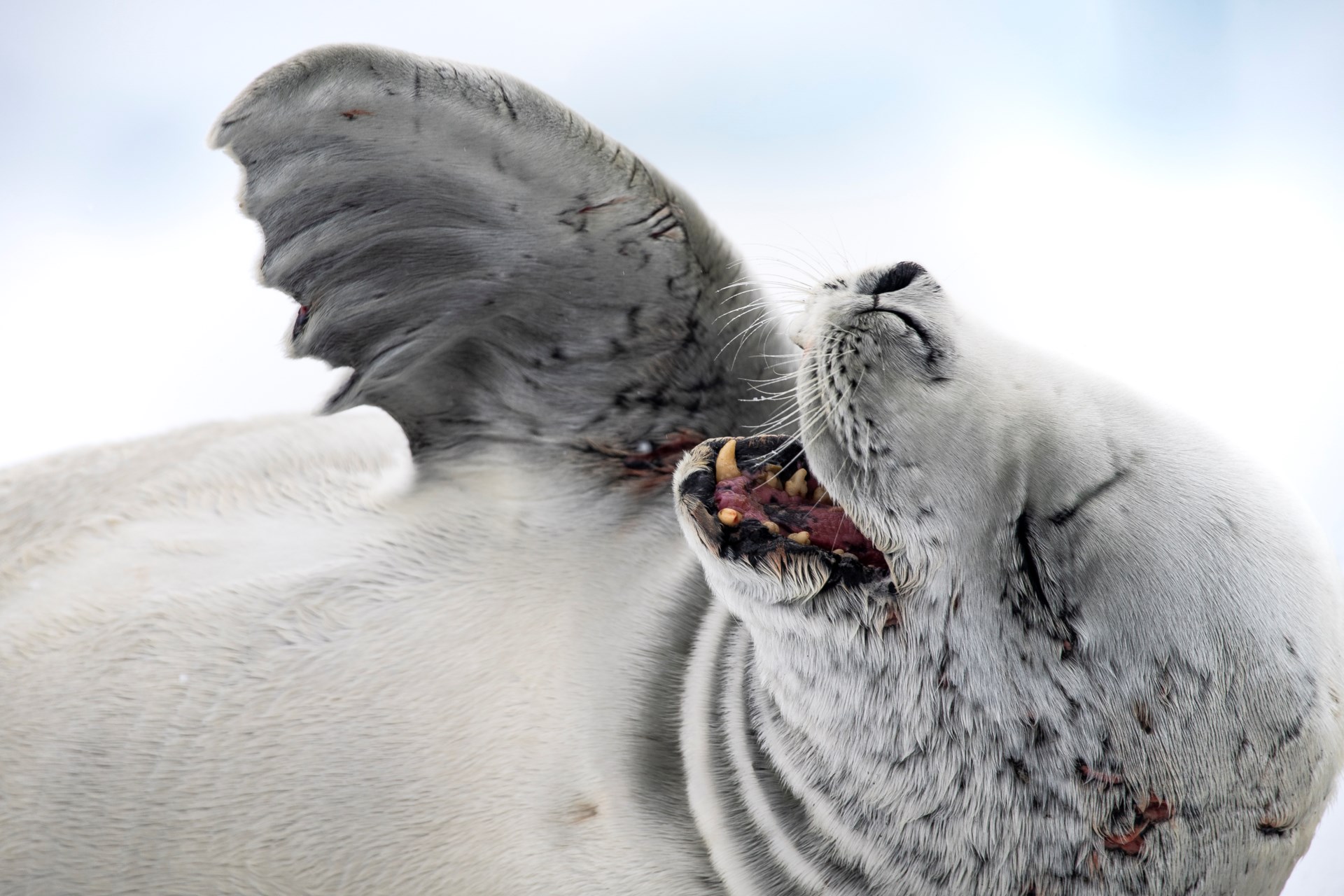 A large part of my work is based on aerial images, mostly drone bird’s eyes. I believe in and aspire to bring a new perspective by capturing the wildlife we already know. I am convinced that these images allow us to observe and document the animals’ behaviours from a new angle and approach, revealing the animals in their entirety as well as in a wider habitat and landscape, in a way not before possible. It is a new way of learning about the white northern and southern parts of our planet.
Photography and video are both extremely powerful tools that can help us to reconnect humans to nature.

Drones need to be used with care and ethic, especially when it comes to documenting wildlife. In fact, it is the same as for a normal wildlife photographer – he would not run toward the animal either. Polar Bears! They are so incredible! I call them “the majestic beast”. As most people imagine, they are so powerful. They can kill you in just one strike, but at the same time, they are so delicate and so peaceful. Can you imagine how delicate a female polar bear needs to be when her new-born cub is between 500 g and 800 g, and she can’t retract her claw? I get quite close to them sometimes, and I have never seen them showing any sign of aggressivity. They walk at such a peaceful and graceful pace.

One of the highlights during my wildlife photography career is undoubtedly my close encounters with these majestic yet gentle animals. For me, there is no better feeling than being close to the magnificent mammals, sharing a space with them. I will always remember the moment when I saw my first polar bear. I cried with emotions during the three hours we stayed close to them. I discovered them swimming and by the time I left my binoculars to announce it to our captain, I was already crying. How it all started

After my journey to the Arctic when I was 10 years old, I went back to France. I was not “clever” according to the system, so I did some technical studies where I learned how to fix airplanes and helicopters. When I was 19 years old, I got into the military navy where I worked as a technician. I realized quickly that I was not in the right place. I was missing nature, and the call for it only grew, so the following ten years I spent building my way back to nature.

I spent a lot of time in the Arctic on my holidays, to learn photography. That helped me to become a photo reporter in the navy five years later. But I was already committed to nature. I did my first expedition to Greenland the same year I became a photographer in the navy and used my new skills to document the Arctic country even more. It was a big investment of my own time and money, but it was my true passion so even when I failed, I just kept going back and sticking to it. I was just following my heart.

After a few years of traveling to Greenland, I built a network of people that in 2017 would allow me to embark onboard a long sailing expedition of two months. The only big problem was that I did not have any holiday left from work, so I had to quit and reinvest all my savings in new photo equipment. Of course, everyone at work told me that I couldn’t do it and that I wouldn’t make it. But I did not care about what they said and went on an expedition that changed my life and my commitment to protecting the natural world.

During this expedition, I got this aerial image of the polar bear leaping the melting ice of the Arctic during summer. An image that has not been seen before, with a strong message on it. The photo is at the crossing of three-points: creativity, conservation, and science. It received half of all the awards I have won – around twelve just for this one, including the title of Drone Photographer of the Year 2018, Grand Prize Drone Photography 2017, and other prizes in conservation. The image allowed me to bring the entire message of my work out to the public and it created a lot of important connections.